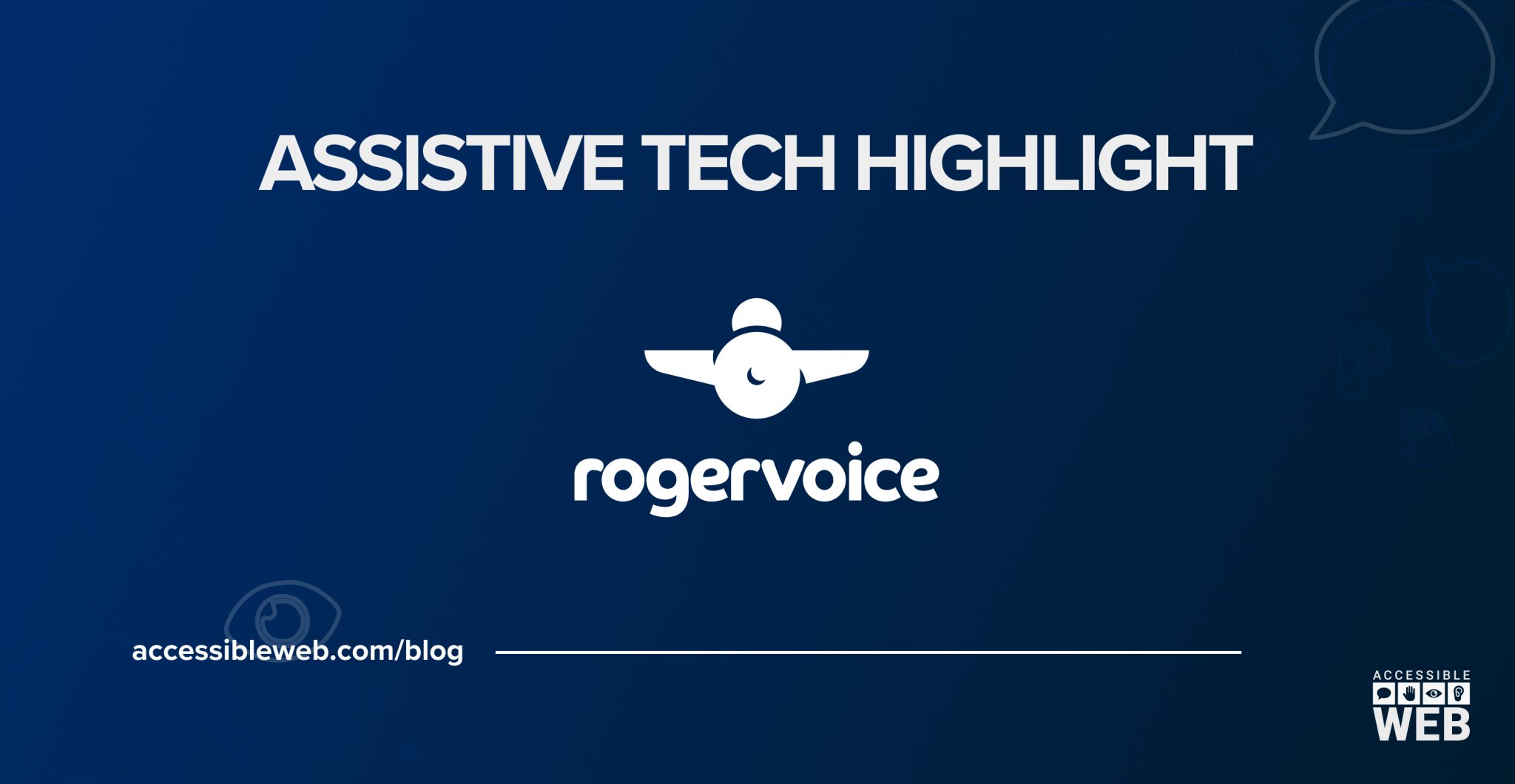 Olivier Jannel founded RogerVoice, an app that provides a live transcript of phone calls in over 100 languages, with a mission to break down communication barriers. Inspired by smartphones’ evolving capabilities, as well as his own experiences navigating the world as hearing impaired, he knew he had to create something and differentiate it from other similar technology, “I was tired of disability technology looking so medical. Prescription glasses are made by talented designers; I wanted the same for disability apps.”

All you need to use RogerVoice is a smartphone with an internet connection. After signing up, users are given the option of using their assigned RogerVoice number for calls or rerouting it to their existing number. This makes the process as standard as possible, adding no extra steps to receiving or making calls. The entire process is conducted inside the user’s app, and there’s no action required from the person on the other end.

These functionalities are useful for everyone, not just for the people who are hearing impaired. RogerVoice can even be used to better understand a call while you’re in a noisy environment or to re-read the phone call in real-time. Accessible spaces help everyone, not just people with disabilities.