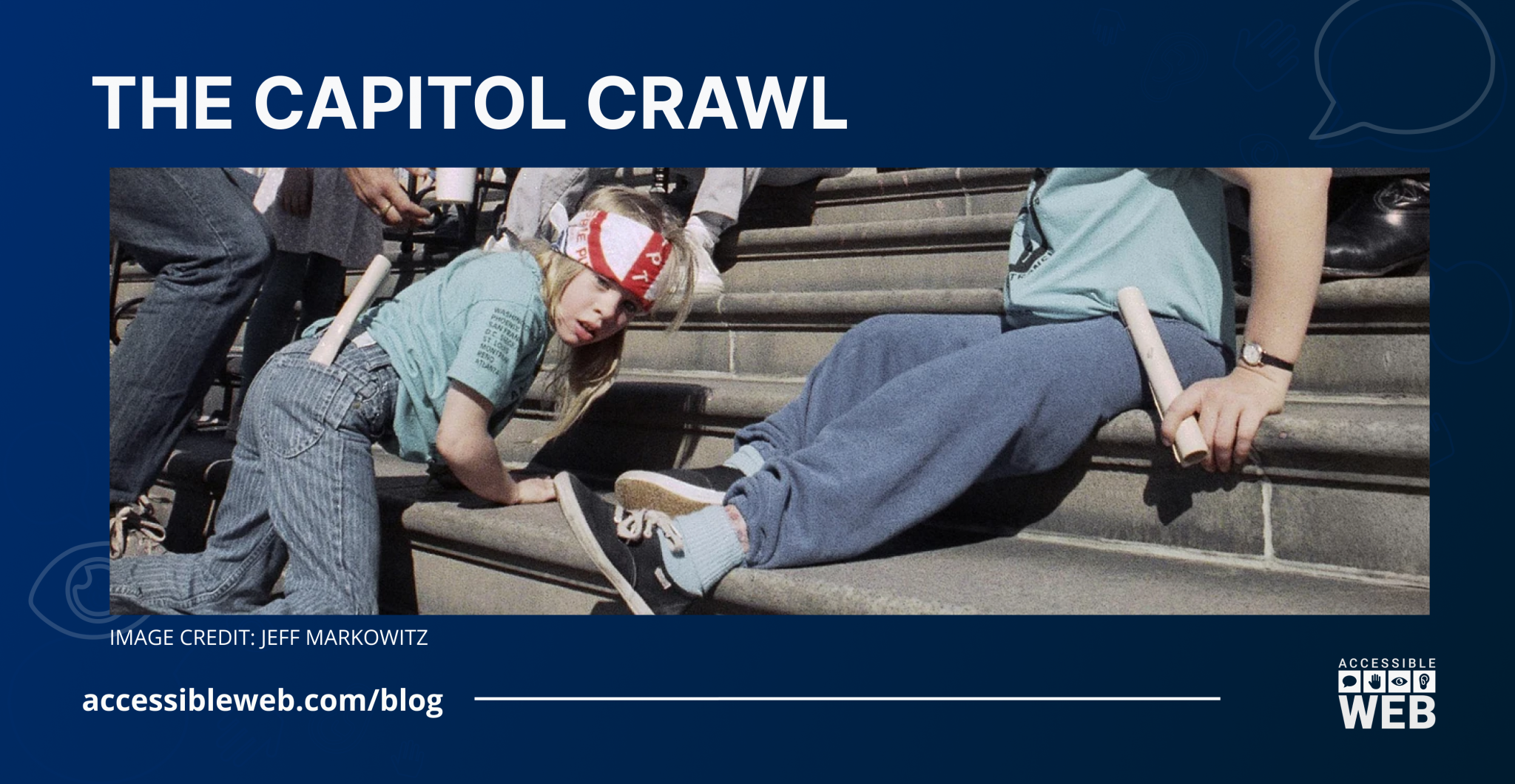 On March 13, 1990, disability rights activists and protestors with disabilities marched from the White House to gather at the U.S. Capitol building to protest the efforts within the U.S. Senate to stall and stop the Americans with Disabilities Act from passing. On this day, the “Capitol Crawl,” as it would come to be called, became one of the most visible and emotionally impactful demonstrations for disability rights.

After two days of protests, activists led by an organization called ADAPT reached the steps of the U.S. Capitol building, but their demonstration did not stop there. Protests began throwing themselves out of their mobility devices and began crawling up the 365 steps to the capitol doors in a remarkable display of determination. Of those that began crawling was 6-year-old Jennifer Keelin.

Led by activists from an organization called ADAPT, Jennifer Keelin courageously got out of her wheelchair and began the 365-step climb to the senate doors. Though a young age, Keelin was an inspired and determined young person with a track record in fighting for disability rights. Keelan recalls,

“ [The] further up the steps I went, the more I felt empowered. I felt like I had all of the other kids behind me [who couldn’t be there]. I felt that it was important, not just to represent myself, but to represent them and their voices.”

Soon after this monumental demonstration, The U.S. Senate passed the Americans with Disabilities Act which was signed into law by George H.W. Bush on July 26, 1990.

Disability activism has continued beyond the passage of the ADA, but the Capitol Crawl remains the largest disability direct action demonstration to date. In 2008, congress passed the ADA Amendments Act which sought to broaden the original law to further protect people with disabilities. Later in 2017, activists organized and staged coordinated protests against cuts to Medicaid and the ACA (Affordable Care Act).